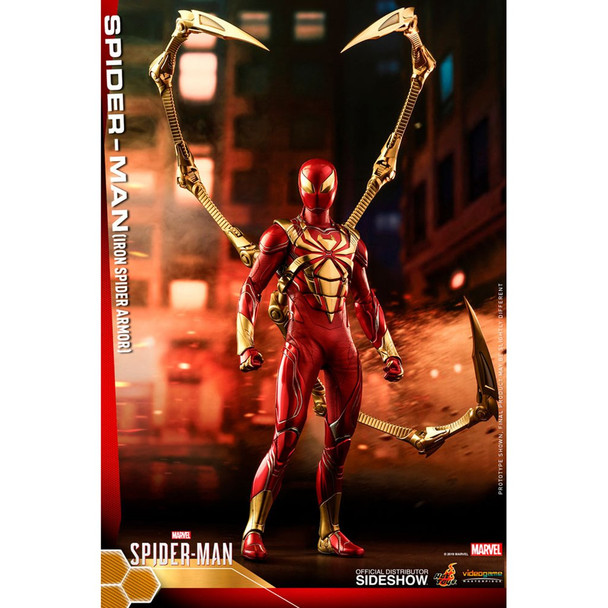 Introduced in the pages of Marvel Comics’ Amazing Spider-Man, the Iron Spider Armor has captured fans’ eyes with its distinctive design element. Fans can now enjoy swinging around the city in this astonishing suit in the critically-acclaimed video game Marvel’s Spider-Man.

Brought to life through intricate and meticulous workmanship, Sideshow and Hot Toys present Spider-Man (Iron Spider Armor) Sixth Scale Collectible Figure. Inspired by the Marvel’s Spider-Man unique take on the armor, this collectible figure will be a great addition to your Spidey collection! Incorporating distinct elements of Tony Stark’s Iron Man design, this Iron Spider Armor is an awesome piece of battle tech modified with extra details while staying true to its comics origins and the video game’s fresh spin on it.

Get back to protecting the neighborhood with this high-tech Spider-Man suit!

WHAT'S IN THE BOX?