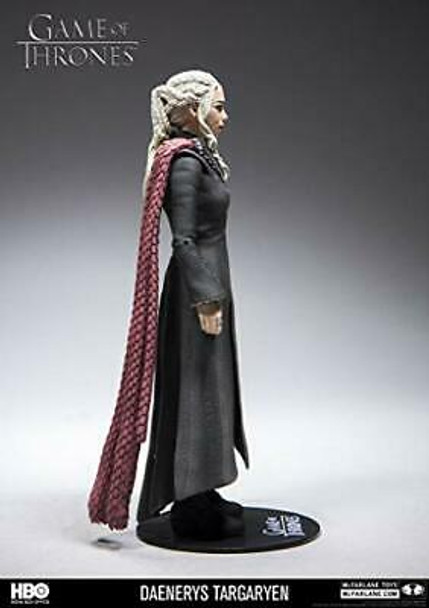 You are purchasing a McFarlane Game of Thrones Daenerys Targaryen figure.

McFarlane Toys partners with HBO hit television series game of Thrones to bring you Highly detailed figures of iconic characters, Each coming with screen accurate accessories, and featured in classic outfits from the latest season! The initial line features Jon snow, Daenerys targeted, the night King, and Arya Stark! Queen Daenerys Targaryen, is the younger sister of rhaegar Targaryen and Viserys Targaryen and only daughter of King aerys II Targaryen and Queen rhaella Targaryen, who were both ousted from the iron throne during Robert baratheon’s Rebellion. Among the most popular characters on the show, Daenerys is also the “mother of Dragons” having rule over Drogon, vision, and rhaegal.

MSRP:
Now: $19.99
Was:
You are purchasing a Game Of Thrones Targaryen Beanie.