Plus, Free Shipping on orders over $150. Some exclusions apply. 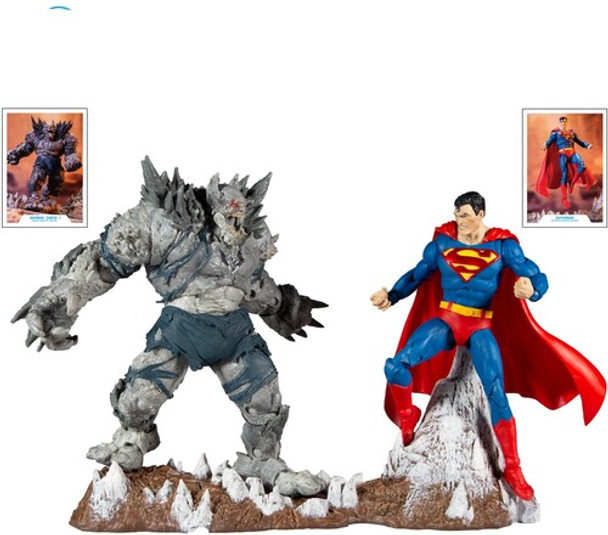 You are purchasing a DC Collector Superman vs. Devastator Action Figure 2-Pack by McFarlane Toys.

This Superman vs. Devastator 2-pack pits the 2 foes in a standoff based on their appearance in the Dark Knights: Metal comic. Both 7-inch scale action figures come packaged in a window display box. Each action figure is designed with ultra articulation with up to 22 points of articulation for full range of posing and display. The 2-pack comes with display bases to recreate an epic fight scene.

Crashing into our world from the Dark Multiverse’s Earth-1 comes a nightmarish fusion of the only two beings capable of taking on the Man of Steel- Doomsday and Batman™. The Devastator is an all-powerful creature in which the unstoppable might of Doomsday is combined with the unmatched intelligence of Batman.

MSRP:
Now: $59.99
Was:
You are purchasing a Venal Anatomica Large Doll by Tortured Souls.

MSRP:
Now: $29.99
Was:
You are purchasing a Spawn Regenerated Grave Digger figure by McFarlane Toys.