Free Shipping on orders over $150. Some exclusions apply.

Nowhere Men is one of those books that has been on my list for a long time. I found this book

when Comixology first started and had a section for new Image books. I’ve always been a fan of

make. Nowhere Men is quite literally exactly what I wanted, with the book focusing almost

entirely on the scientists and how they as people influence the world around them.

Nowhere men was created by Eric Stephenson and Nate Bellegarde. Both creators are seasoned

respectively. Nowhere Men is the story of four brilliant men creating the most powerful and

influential company in history, and how their egos and eccentricities allow them to justify their

actions in the giant and complex ethical landscapes they have created.

Nowhere Men exists in a world where scientists are treated like Rock Stars. The four founders

of World Corp. are seen as “The Beetles” of this world and influence a generation of scientists

to follow in their footsteps. This leads not only to a massive influx in technological and scientific

innovation, but also to more complex issues like ‘science punks’ and the habit of hiding more

elicit research from the private eye. A major theme of this book is the line between moral

responsibility and economic gain, seen in how the founders of World Corp. bicker about what is

too far for the company, and how those risks influence how far they go in the future. Nowhere

Men is unique in how it presents information and how it builds the world the story exists in.

similar to Watchmen, Nowhere Men is full of supplementary material. This material includes

sections of autobiographies about the characters, newspaper articles, and advertisements

created by World Corp. to promote new products. I think this is an interesting way to inform

context as to why the characters act the way they do with each other. 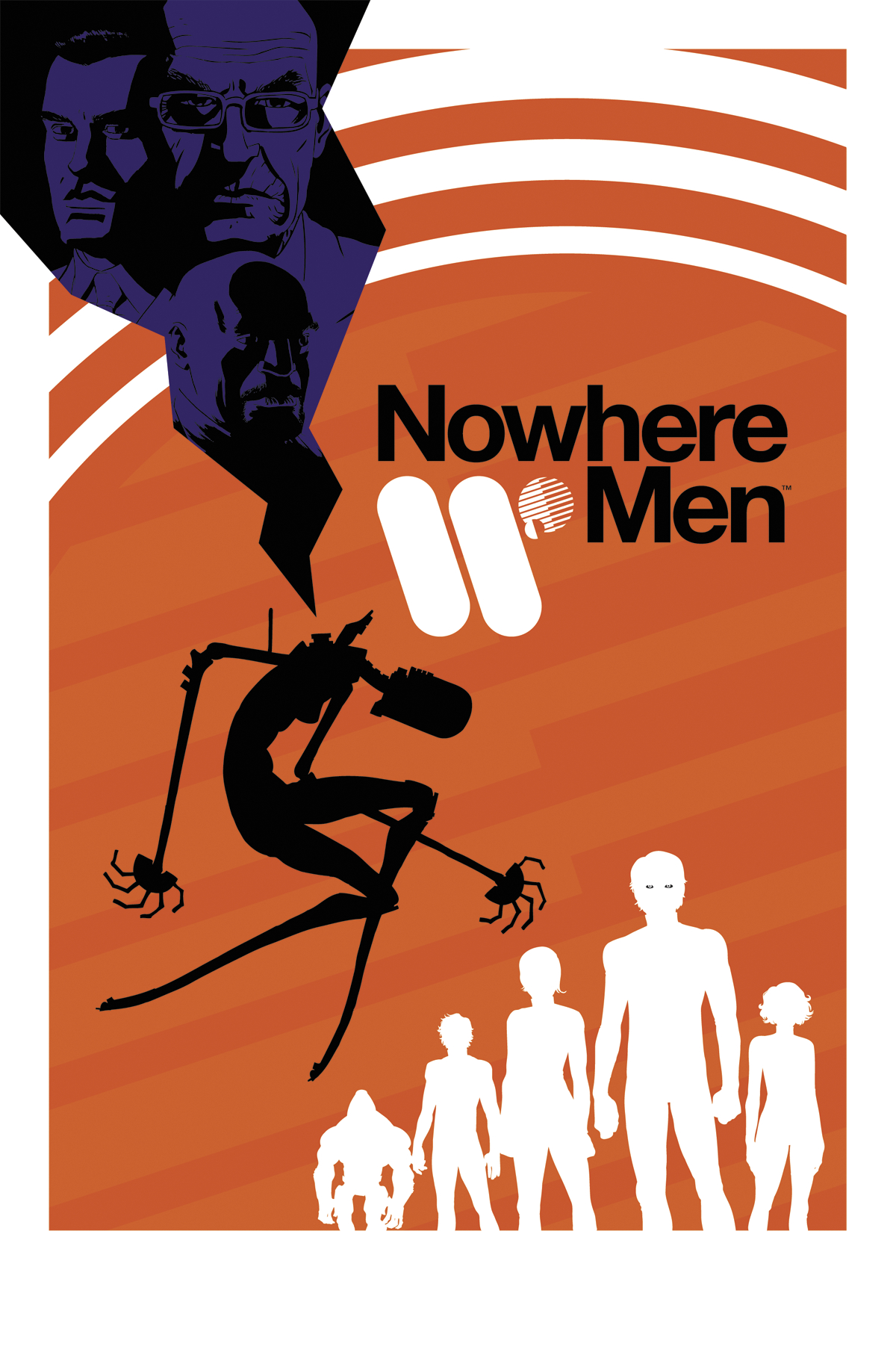 the science instead of just the monsters it creates. Sometimes it seems that the scientists

themselves are the monsters because of what their egos allow them to do.

I recommend Nowhere Men for fans of deep science fiction, and fans of Hickman’s “Black

Monday Murders” or “Manhattan Projects” will enjoy this. Fans looking for a deep or dense

read will also want to pick Nowhere Men up, as the supplementary material really adds to the

amount of things to read as the story continues.

"SCIENCE IS THE NEW ROCK 'N' ROLL." So said Dade Ellis, Simon Grimshaw, Emerson Strange and Thomas Walker at the dawn of a new age of enlightenment that ushered in a boom in scientific advancement. As the research supergroup World Corp., they became the most celebrated scientists of all time. They changed the world - and we loved them for it. But where did it all go wrong? And when progress is made at any and all cost, who ultimately pays the price?